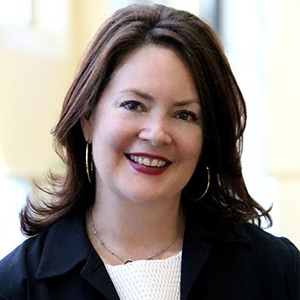 There was a time when we envisioned a future in which employers used technology as an ever-watchful eye, frightening workers into maximum productivity. Instead, we’ve seen workplace culture go largely in the other direction, with employers fostering productivity by loosening the reins and letting employees work remotely.

The Dell and Intel Future Workforce Study 2016 showed that this freedom is making workers more productive than ever; the top two productivity benefits cited include the ability to focus, and eliminating commute time. However, the same study shows there are at least two significant remote work challenges we’re still trying to fix.

The first one is replacing the convenience and comfort of face-to-face communication. This isn’t a universally recognized problem—majorities in China, India and South Africa don’t prefer face-to-face communication over other forms of collaboration. But in North America and most of the world, we do prefer meeting face to face, implying that remote workers might be at a disadvantage when it comes to collaborating with colleagues.

​  If you want to recruit and retain the best and brightest team members, think productivity-enabling tech, not ping-pong

Another major hurdle is that many workplaces aren’t ensuring their technology keeps pace with worker needs. Far from enabling productivity, poor technology is actually making work more difficult, with workers citing tech-related glitches as the biggest time wasters they face. Thirty-five percent of workers say their home technology is more cutting-edge than what is offered at their workplace, with less than a quarter of workers giving the edge to their office tech. Clearly, there’s a significant gap between how productive we are and how productive we can become.

Young workers have a strong idea of what will bridge this gap. This generation is interested in technologies like augmented and virtual reality (AR/VR), with 52 percent saying AR/VR will enable more productivity and 77 percent saying they’re ready and willing to leverage those technologies for work. AR/VR-based communication can more closely mimic the experience of working with a colleague in person, so it may have a chance to supplant face-to-face communication as our preferred format. In addition, it can make remote and office-based workers more productive at their jobs by putting the information and feedback they need in their field of view as they work.

We’re seeing innovators respond to these needs in exciting ways. APX Labs creates wearable software technology that companies can use to streamline training and other procedures for global and remote workforces. For its clients in the manufacturing and field services sectors, this provides workers with heads-up instructions, instant validation of their actions and other time-saving data interaction capabilities as they work.

It’s worth noting that young workers are prioritizing the importance of tech in their day-to-day work, with 82 percent saying workplace tech influences their likelihood to take a job and almost half saying they’ll go so far as to quit a job if the tech is substandard. Sixty-five percent of this same group (and notably, half of workers 35+ as well) expect to be working in an IoT-enabled office in the next five years. If you want to recruit and retain the best and brightest team members, think productivity-enabling tech, not ping-pong.

Of course, what’s cutting-edge today will be ubiquitous tomorrow, and 62 percent of workers say they’re already looking forward to the day when artificial intelligence makes their jobs easier. But in the meantime, companies will be well-served simply to solve the challenges their employees face today. The first mandate is to give them technology that works. The next is to give them technology that helps them work together and individually more easily, wherever they may be located. The third is to get out of the way and let them unleash their productivity. The research implies they’re eagerly waiting to do just that.