The Business of Open Source Software

The Business of Open Source Software 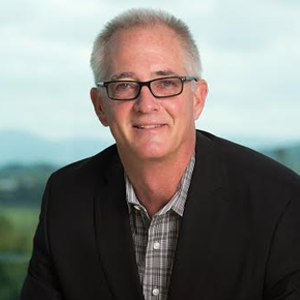 Danny Windham, CEO, Digium, Danny has served as CEO of Digium, Inc., since February 2007, and has been a leader in the telecommunications industry for nearly 30 years. Prior to j...  More >>

Although open source software (OSS) has been around for decades, only within the past several years has there been a surge in its acceptance within the business world. Today, open source is perceived as a viable business alternative to commercial solutions, and is used by 64 percent of companies. Several factors have led to this shift in perception of OSS, including an evolving culture of software developers, undeniable business advantages, and, perhaps most importantly, the success of Linux—the leading open source operating system. The background of how and why the open source model has matured is also a key to understanding why organizations of all sizes continue to not only adopt OSS but to also actively support and contribute to open source projects.

In its infancy, OSS was often viewed by businesses as something created by hackers for nefarious purposes. It was seen as a threat to intellectual property rights and commercial profitability, and was considered simply too risky for ‘legitimate’ applications. One of the main reasons for this distrust was the abundance of OSS license abuses, and the lack of enforcement on violations. Over time, however, legalities became more defined and enforced, and this helped lead to more commercial efforts around OSS projects.

During this same time period (the last 25 years), the most prominent open source project to date was born—Linux. Despite businesses being leery of the open source model, Linux not only grew, it also achieved name recognition as a viable alternative to its commercial competitors and was embraced by large enterprises. With a broad software base and an extensive developer community to contribute to the code, the Linux project’s success served as an example to help other open source projects gain legitimacy. As more developers began contributing to open source projects, and IT managers became comfortable with implementing it in an enterprise environment (even preferring to use OSS), business decision-makers were increasingly exposed to the world of open source. The result—it became clear that, with suitable resources, the OSS model was a valid path forward for any organization, and for a multitude of applications, including productivity tools.

Enterprises, like the developers who have long contributed to OSS projects, have specific reasons for getting involved in open source, but on a much larger scale. Open source triggers innovation, wide-scale efficiencies, and helps speed time to market. In the 2016 Future of Open Source study (from North Bridge and Black Duck), 90 percent of participants noted that they rely on open source for increased efficiency and interoperability, and like the flexibility and customization when using OSS. There is also a sense of personal ownership that comes with contributing to and implementing an open source solution. Large organizations that build infrastructure via OSS actually become invested in the projects running well, and task hiring managers with recruiting dedicated OSS project leads. In general, OSS projects come with more responsibility for the end user than a commercial offering does, since vendors usually claim the responsibility associated with supporting customers. However, enterprises that already have in-house OSS expertise can utilize those resources and benefit from these solutions in several ways, including initial cost savings and the ability to customize the solution to the specific needs of the business. Also, in most cases, OSS projects have been better vetted than software that has been freshly written, which can save on resources as well.

While cost savings, productivity gains, and customization have been the driving forces behind OSS entering the business world, perhaps a more important, omnipotent component is the power of peer review.

In the commercial software space, there is some peer review that occurs when developers write a program, but it doesn't come close to the number of expert eyes scanning an open source project. This high level of visibility serves as the perfect tool for thousands of developers to identify and fix defects or vulnerabilities within the code. When thousands of talented developers come together to collaborate and improve upon code, the product becomes better. The value of peer review is a big part of why open source has thrived and ultimately become accepted in the enterprise. The legitimacy of this type of global code contribution is increasingly gaining authority within the more traditional side of the business world.

The Future of Open Source

Today, OSS applications are available for virtually all aspects of managing a business. Web sites are built, human talent is managed, communications sessions are powered, customer relationships are managed, traffic analytics are studied, software is developed, managed and distributed, data is analyzed, inventory is minimized, and logistics are optimized—all at the hands of Open Source Software. Not only is OSS powering a growing percentage of Enterprise applications, it’s also the foundation upon which cloud infrastructures, both public and private, are being developed and deployed. Service providers are leveraging a host of OSS projects to power their internal cloud services delivery platforms, and enterprises who are setting up their own private cloud are utilizing OSS alternatives in much the same way. Expect a lot of growth and innovation in this particular area.

Another equally interesting growth area for OSS is big data. Mining information from massive data sets is growing in popularity in all sorts of industries—from comparing the genomes of thousands of individuals in search of insight into diseases, to modeling of traffic flows to enable more efficient highways, to analyzing customer web and call analytics in search of new customers. The available opportunities to extract actionable information from huge sets of data are expanding rapidly. Because of this, open source projects will undoubtedly become more capable and will be used to tackle more extensive problems within the business community. The enterprise adoption of these OSS projects, as they grow in size, will become more compelling. The requisite management tasks associated with these trends include properly assigning leadership roles, modifying policies, and possibly creating a governance program to track OSS assets within the organization.

Today, there are large commercial entities in the business of providing OSS software, and there are even bigger commercial entities whose infrastructures are built upon a vast array of OSS projects. Even though the majority of OSS users today still consume OSS software in a fashion that does not result in direct payments to the project’s sponsor(s), respect for license and trademark compliance has greatly improved. Additionally, even in the absence of direct revenue generation from the project, benefits still accrue to the sponsor in terms of market awareness and brand equity, and demand generation of related commercial products and services.

At Digium, we’ve spent the past decade enabling a world based upon open communications. However, we’re not only a supplier of Open Source Software, we’re also a consumer of OSS, utilizing a number of projects in multiple areas of our business. Understanding how and why OSS has surged in popularity over the last several years enables individuals and organizations to make OSS a catalyst for change and a beacon of innovation for the communities in which it expands. It’s worked well for our business—and will work well for yours too.