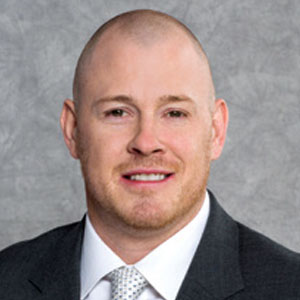 Improving productivity is consistently at the top of the list of priorities of the business executives that I speak with, especially for those that work in manufacturing or those that are focused on supply chain operations. For decades, companies have been looking for ways to take waste out of their business processes with the objective of improving productivity. Over time however, as company's invested in making these improvements, many came to a point of diminishing returns. Instead of the double-digit improvements often achieved through lean and six sigma driven improvement initiatives, companies have become more accustomed to low single digit improvement.

The market and operating environment has changed and this change has brought new emphasis on the need to deliver significant productivity improvements. Delivery windows have shrunk, customers expect second day, next day, or even same day delivery. SKU proliferation has introduced the need for a more complex mix of products and many customers are looking for customized products. Finally, and perhaps the biggest driver for improved productivity, the labor pool for fulfillment and manufacturing operations has contracted significantly in part due to a historically low unemployment rate. These points are forcing many organizations to have to look for ways to "do more with less".

Modern smart, mobile, and collaborative robotics present a set of tools that can be used to mitigate the impact of labor challenges and enable organizations to better utilize the people within the operation by driving improved productivity. While traditional industrial robotics is something that companies have been using for decades, the new generation of robotics is proving to be quite disruptive to traditional business processes. One reason for this is that these robots are built for working in collaboration with people, not being built for full on automation. The robots are taking on tasks, not jobs, and by doing so are helping to free up capacity of human workers, which can then be used for other aspects of a person’s job, or in some cases help to reshape the job that people are doing.

For obvious reasons, there is some animosity around the increased use of robots. People are concerned, since the narrative for some time has been that robots will be taking over jobs and replacing people. However, this should not be a driver for technology avoidance. Technology has been on a path of continuous improvement, basically forever, and as new technologies emerges, the jobs that people do and more importantly how they do them evolve as well. The new generation of robots should really be viewed as tools that can drastically improve the productivity of human workers. Especially considering that many of these robots are "collaborative robots", they are built specifically to work in collaboration with people.

One area of robotics that is showcasing how companies can deliver significant improvements to an operation is the area of autonomous mobile robots. These robots are built to take over the non-value adding movement of materials in a process. There exist an abundance of form and function for these robots, but the one thing that they all have in common is that they move material in a facility that would otherwise require a human to be involved in the movement. The benefit here is that rather than have people focused on pushing carts or driving across a massive facility, the people that would otherwise be using their time moving material can now focus on other value adding activities for the organization. This point in of itself results in productivity improvement as now the operation is using its people and its technology to complete tasks in tandem by separating tasks that should be done manually and those where automation can provide at least the same or better level of outcome.

Back to the issue of labor scarcity, robotics are helping organizations to deliver enhanced flexibility and scalability which is translating to better operational performance, especially during times of seasonal increases in demand. Where traditionally an abundance of temporary labor is required to scale up an operation (which is increasingly challenging during the current labor market) robots can be deployed to increase capacity and productivity while maintaining a more steady head count. In fact, a recent IDC Survey, the North American Commercial Service Robotics Survey found that across 10 key performance metrics, greater than 70 percent users of commercial service robotics indicated a double-digit improvement as a result of the use of robotics.

Robots today are not meant to take over jobs, they are meant to take over tasks that should be automated. There are many reasons for companies to invest in robotics, but the most significant is the high degree of productivity improvement that this technology is delivering. Think about it, you wouldn't expect a mechanic to work on your car without power tools or a builder to construct your home without power tools. Why? Because the processes are far more efficient when done with the support of power tools. As the market continues to grow for modern robotics, there will be similar scenarios where it will become common practice to use robots, because otherwise it will leave you at a disadvantage to the market.

Advancing Customer Experience in an Ever- Evolving Hospitality Sector

Laying the Foundation of a Satisfying Commuter Experience