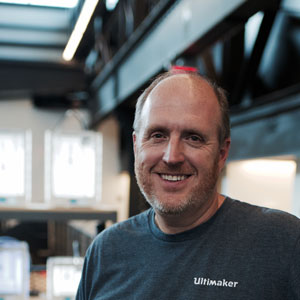 The manufacturing industry has always been directly impacted by the technological advancements of its time. From the advent of coal and steam as new sources of energy, the cotton gin and its impact on cloth manufacturers, and the assembly line for Ford, each has altered and benefitted the industry. As we enter Industry 4.0, a new batch of technology is shaping how, and how fast, we make goods. 3D printing is one such technology that is providing tangible benefits to those who implement it.

Desktop 3D printing, where users can design and print right at their desks or on the factory floor, has seen tremendous growth in the past several years, moving from strictly prototyping to actual production. The technology has opened huge possibilities for manufacturers, including quicker time to market, a reduction in costs, and an overall improvement in factory productivity.

With these numbers in mind, a 3D printer can have a meaningful impact on a large industry if it can save a minute, an hour, a week, or a month in gained productivity. While the cost savings for printing one prototype part in-house may not seem like a significant cost saving option, each opportunity to save time or money will add up quickly, especially for large-scale manufacturing facilities.

Tools, Jigs, Fixtures and Beyond

Many manufacturers utilizing desktop 3D printing on factory floors have already seen production efficiency increase. Traditionally, 3D printing has been associated with creating prototypes, but it has proven invaluable for creating custom tools, jigs, fixtures and other manufacturing aids and parts.

Volkswagen Autoeuropa, the factory responsible for manufacturing Volkswagen models such as the Scirocco and Sharan, produces approximately 100,000 cars each year and has recently brought desktop 3D printers into its workflow. The company previously outsourced its tools, jigs and fixtures, and often saw an impact on its production as part delivery took several weeks. Now with 3D printers on the factory floor, Volkswagen Autoeuropa has seen a savings of 91 percent in tool development costs and reduced development time by 95 percent.

Stateside, American factories are also reaping the benefits of desktop 3D printing. Jabil, one of the largest manufacturing service providers in the world, overcame production challenges by incorporating 3D printers into the workflow at its Auburn Hills facility. In addition to the long wait time for standard tools and completed parts to be delivered by external suppliers, Auburn Hills engineers also often needed to produce one-off products and tools that were unnecessarily expensive to outsource. Through 3D printing, Jabil Auburn Hills found the solution to these challenges. With the ability to model and print fixtures and tools quickly within the factory, Jabil engineers found the product testing phase much easier when ensuring quality and part performance. Within hours, the engineers were able to create a working and validated assembly to present to the customer, a process that would have previously taken the team months to complete.

Desktop 3D printing is also poised to impact the manufacturing industry’s business model. In the past, the most cost-effective solution was a centralized factory or warehouse where labor and land were cheapest. But industry leaders, like Amazon, are shifting to a more distributed operation – building several small regional factories and distribution centers. This allows for a reduction in shipping costs and expedites the products to customers because more facilities are spread across the country, rather than relying on one location to handle each inbound request. Desktop 3D printing is perfectly positioned to have a significant impact on this new business model as it can create customized replacement parts, coupled with a smaller supply chain network, greatly reducing bottom line costs for the manufacturer.

Manufacturers have only just started to realize the true benefits of desktop 3D printing in the enterprise. With each new advancement in 3D printing hardware, software and materials, more and more organizations will undoubtedly take advantage of the technology to reduce the time and cost it takes parts to reach the factory floor—which in turn, will positively impact the bottom line. While 3D printing may still be in its infancy in the timeline of manufacturing technology, its influence on the industry can already be felt.